In 2017, businesses acquired an average $7.65 ROI for every dollar spent on influencer marketing. Nowadays, influencer marketing is an indisputably viable marketing method. However, it can be difficult  to know who to trust when you’re choosing an Instagram influencer for your next marketing campaign. Of course, you don’t want to use an influencer who doesn’t have real followers or a fully engaged audience. This would be a detriment to your marketing budget, but even worse, it could put your brand’s integrity at risk. Fortunately, there are some quick and easy methods to determine whether an account has fake followers on Instagram or not. Once you’ve collected a list of potential influencers for your next Instagram marketing campaign, take a look at some of our tips and tools for detecting fake followers or bots, so you can ensure you’re only working with the best.

In the last few years, it has become popular practice for some people to buy bots to increase their followers on social media accounts — in January 2018, The New York Times published a post, named “The Follower Factory,” to highlight this shady tactic. Essentially, someone will buy a bot, and the bot will like and comment on posts with a specific hashtag, or follow people with the hope that those people will then follow them back.

You don’t want to pay an influencer if she uses a bot to collect followers. A bot might increase the number of her followers, but her audience probably isn’t truly engaged or authentic. Moreover, using an insincere influencer could throw your business’s integrity into question.

Ultimately, using your judgment is the best way to determine whether an account uses a bot. If the account takes actions you can’t necessarily justify, its likely because it’s not a human behind the screen.

The way to Conduct an Instagram Audit to Detect Fake Followers

There are some Instagram auditing tools out there to quickly scan your influencer’s account, and provide statistics regarding their authenticity and engagement score (i.e. how often their audience actually comments or likes a post). Let’s take a look at three now. 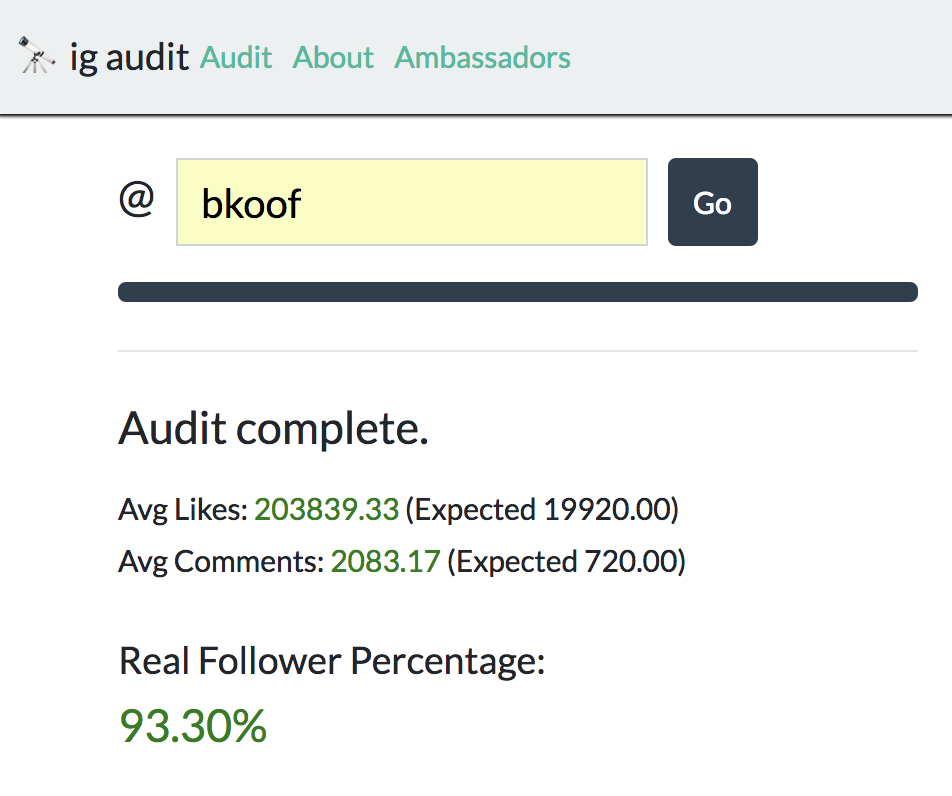 IG Audit has a nondescript user interface, but it does the trick — for public accounts, that is. Most influencers already have a public account, so you simply enter their username into IG Audit’s search box and they’ll provide you with an estimated real to fake follower ratio. This tool is built by a former NASA Scientist, the tool randomly scans 200 followers — based on those followers, it gives the Instagram account a score out of 100. For instance, I scanned Rebecca Kufrin, America’s newest Bachelorette, and she got a real follower score of 93%.

Price: $1 per credit to unlock information

FakeCheck.co analyzes Instagram accounts by collecting data regarding the account followers’ engagement level. As they rationalize, “If the resulting ratio for likes and comments based on the number of follower is outside the industry standard, it is likely that the account has paid Instagram followers”. The site is user-friendly, and offers additional information, such as the top ten Instagram social engagement accounts from the past 30 days. However, unlike IG Audit, you’ll need to pay money to unlock information. Fortunately, the cost is low, starting at only one dollar. For example, I tried scanning Taylor Swift’s Instagram account, but I’m unable to see average likes or comments without paying for it. 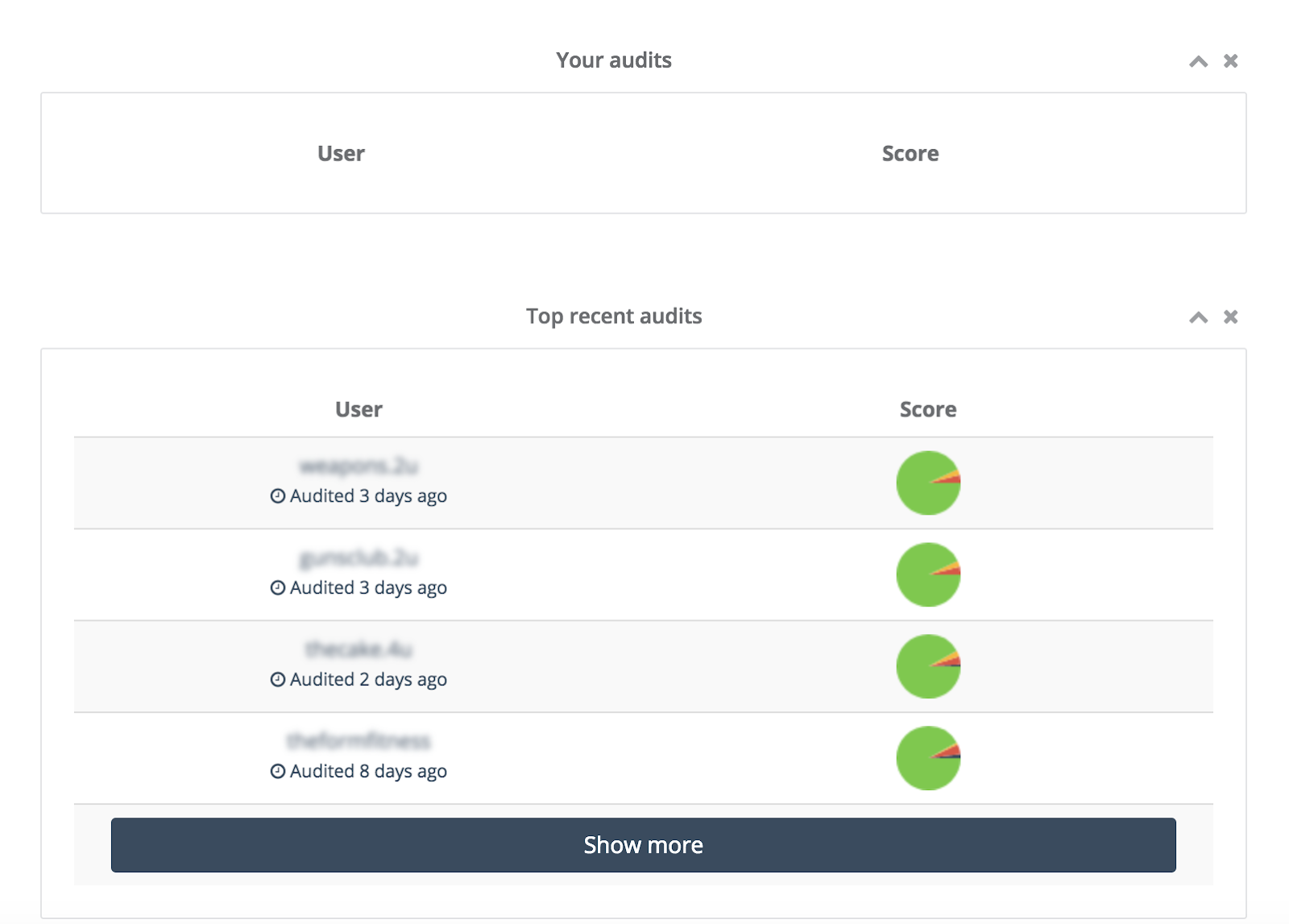 Social Audit Pro is a paid service, but you get your money’s worth. They provide you with useful analytics about other public accounts on Instagram, and also offer a cleanup tool to remove any of your followers that might’ve been flagged as fake or dormant. The cost is reasonable. You can use the tool to compare your Instagram influencers and fairly figure out the number of people they’re truly reaching and engaging.

Keep in mind that fake followers can’t become real customers, so it’s critical you find influencers who can connect your business with the right people. Spend your time collecting data and thoroughly examine Instagram accounts before choosing an influencer. So you know you’re not inadvertently getting involved in disreputable social media tactics.