If you are going to run a Facebook giveaway, you should take a look at these ideas and examples and let them inspire you!

A photo vote is one kind of giveaway on Facebook where you ask users to upload a photo. Then, you’ll let others vote on photos they like.

This is a good way to engage new followers because people who take part in will ask their friends and family to go vote on their photo.

While you can’t tag friends or share posts on their personal page, you can still encourage them to comment on your posts to win.

These types of giveaways encourage users to write a caption, fill in the blank, or answer some interesting question.

This is a really low barrier entry strategy that could be great for improving engagement and brand awareness.

Now, let’s take a look at some Facebook giveaway examples to get inspiration.

In this Facebook giveaway, Loveline Golden Retrievers encourage people to send them a photo of their dogs to be shown in their annual calendar. When users sent in the photos, they uploaded them to an album. The photos with the highest number of likes won the contest.

This is a classic photo vote contest with a prize clearly targeted to the audience. People with golden retrievers would love to have their pets appeared in a calendar (I mean, who wouldn’t?). 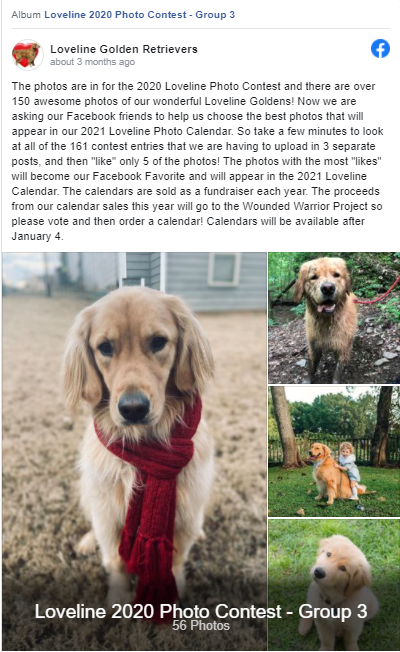 This is another successful example of a giveaway that’s clearly targeted to the right audience. Presumably, most people who like a game page on Facebook, like Bling, actually join the game.

That’s the reason why a giveaway for free in-game points is an amazing idea. Additionally, this is a low barrier entry giveaway as well — you only need to like and comment on the post.

Running a Facebook giveaway doesn’t need to be complex. It can actually be an easy process if you follow this six-step guide. 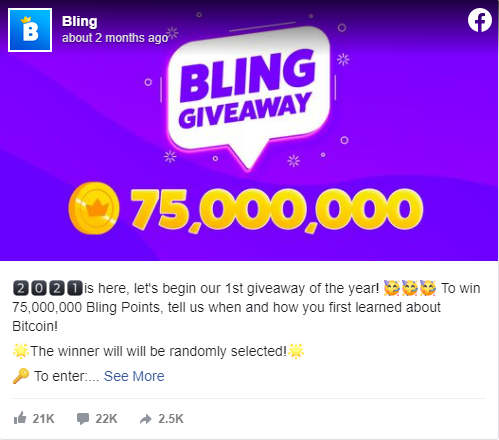