A while ago an article about a website promising a free money scheme popped into my inbox.

The point of the scheme was to get an AI to make an album with royalty-free samples that you could upload to Spotify in your name.

The website pointed out that you may distribute your album to Spotify and play it in the background 24/7 to collect streaming payments.

Questionable makes use of Spotify like this take away from the already small pool of money available to artists that distribute their music on Spotify.

Now, using an AI to write an album for you with royalty-free samples so you’ll be able to distribute it and personally stream it to earn money is definitely a grey area—and it’s pretty silly.

But similar schemes that promise to improve your stream counts on Spotify are much more dangerous—and they hurt developing artists more than you might think.

To keep your tracks safe on Spotify and other streaming websites, here’s how you can protect yourself from fake streams.

What are fake streams?

Fake streams are any play or listen of a track, video, or podcast that doesn’t involve a fan having fun with the content that they love. Fake streams may be used to extend play counts, fraudulently collect streaming royalties, or use identity theft to steal royalties from artists. 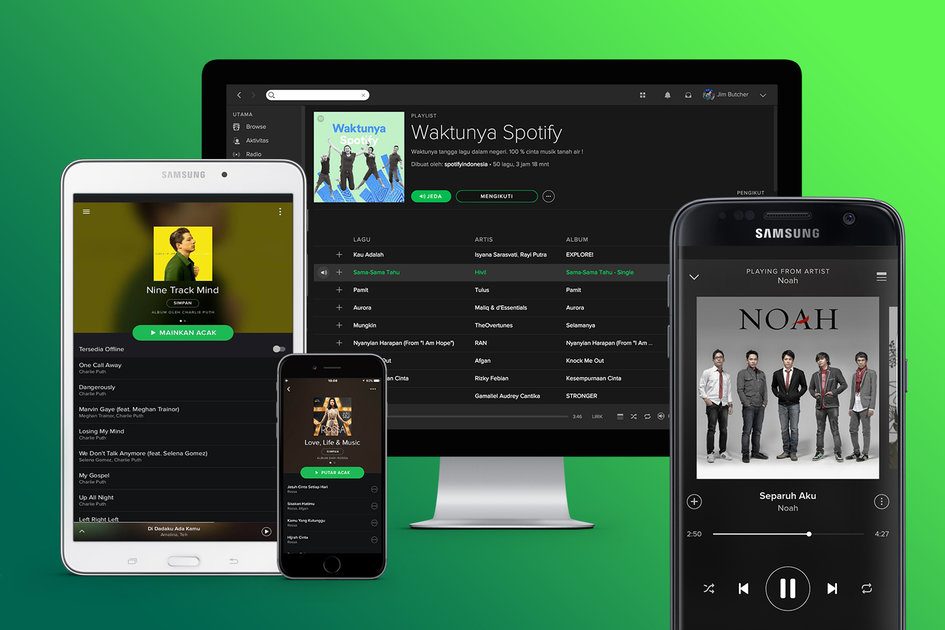 Fake streams hurt artists for a lot of reasons.

For starters, streaming royalties from platforms like Spotify and Apple Music are paid out of a fixed pool of money that’s available to artists who publish their music on the platform.

That’s why streaming payments fluctuate and are not fixed to a specific price point.

So when an artist receives royalty payments from fake streams—streams they did not fairly earn—they unfairly take money from the already small pool of money available to artists.

Fake streams are considered a type of fraud and artists that receive them risk getting banned or having their tracks taken down.

In some circumstances, defrauding streaming platforms with activities like identity theft could even result in you getting sued.

Fake playlists and fake streams are for fake people

In general, the fake streams industry is ripe with opportunities for abuse.

Services that purport to boost stream counts with questionable playlists and click farms often end up taking money from artists and deliver little in return.

Yes—you should use Google and Facebook ads to promote your music and get streams if you wish. That kind of music promotion doesn’t go against the service terms of Spotify

And there’s nothing wrong with publishing your tracks to Spotify and other music media organizations that curate playlists.

But when you find yourself wondering whether to interact with someone offering playlist placements and streams in return for money, be very careful.

Just get out there and honestly find your audience. It’ll take effort and time but in the long term it’ll pay off.

The Great Spotify Takedown of 2021

In early 2021 Spotify purged wherever from a few thousand to up to, per some reports, 750,000 songs from their platform.

Spotify stated that the removed songs had received streams from fake stream playlists and marketing services that went against the company’s terms of use policy.

It’s a tough-love lesson for anyone caught up in using fake streaming sites with dubious marketing claims—and it’s why you should never do it.

How can you protect yourself from fake streams?

To get your music on streaming platforms you need to work with a distribution service.

These services work with all streaming platforms to get your music live on their platforms.

It’s the reason why the majority of tracks taken down during Spotify’s purge came from a small minority of distribution companies.

What kind of fake stream scams should you watch out for?

There are three major kinds of fake stream scams that you should keep on your radar.

While playlisting is a wonderful opportunity to access new audiences and get your music heard, you must never directly pay money to get on a playlist.

Don’t give any time or attention to anyone offering you an opportunity to boost your streams in exchange for a payment that will give you access to certain playlists.

Streaming platforms are always looking out for these sorts of playlists anyway and you could get caught and hurt your online reputation.

Identity theft is the next fake stream scam that’s becoming a growing problem.

For instance, recently someone bundled a handful of leaked Rihanna demos and packaged them as a new album called “Angel”.

It racked up many streams, with payments going to a user that wasn’t Rihanna, before being taken down by Spotify and Apple Music.

This happens more often than you might think—whether the fake album is composed of leaked material or whether an album impersonates the artist completely.

The last type of streaming fraud involves the sophisticated use of click farms, bots, and hacking to create or break into user profiles to stream content.

This type of fraud is much more difficult to detect, but it’s also much rarer.

In this case, there’s not too much you can do. It’s greatest to trust that streaming services have good fraud detection and user security protocols in place.

Be yourself and the streams will come

Streaming stats shouldn’t define you as a musician. It’s your music and your art that show yourself.

There are tons you can do to legitimately earn new fans and grow your audience.

Collaborate with another artist, keep an active social media presence, get into live streaming, the list goes on and on.

Keep your concentrate on making great art, get to know the followers you already have, and don’t worry a lot about what playlist you’re on or how many streams you got last month.

If the followers you have loved your art, success is around the corner.