The proximity effect is important to understand if you record music with microphones.

It comes up anytime you place a mic close to your mouth or any other sound source. That can impact a lot of things, but it is especially critical when tracking vocals.

In fact, modern vocal production depends on the proximity effect for the bold and powerful sound of today’s studio vocals.

In this article, we will help you to know how the proximity effect works, what it affects, and how to use it to your advantage. 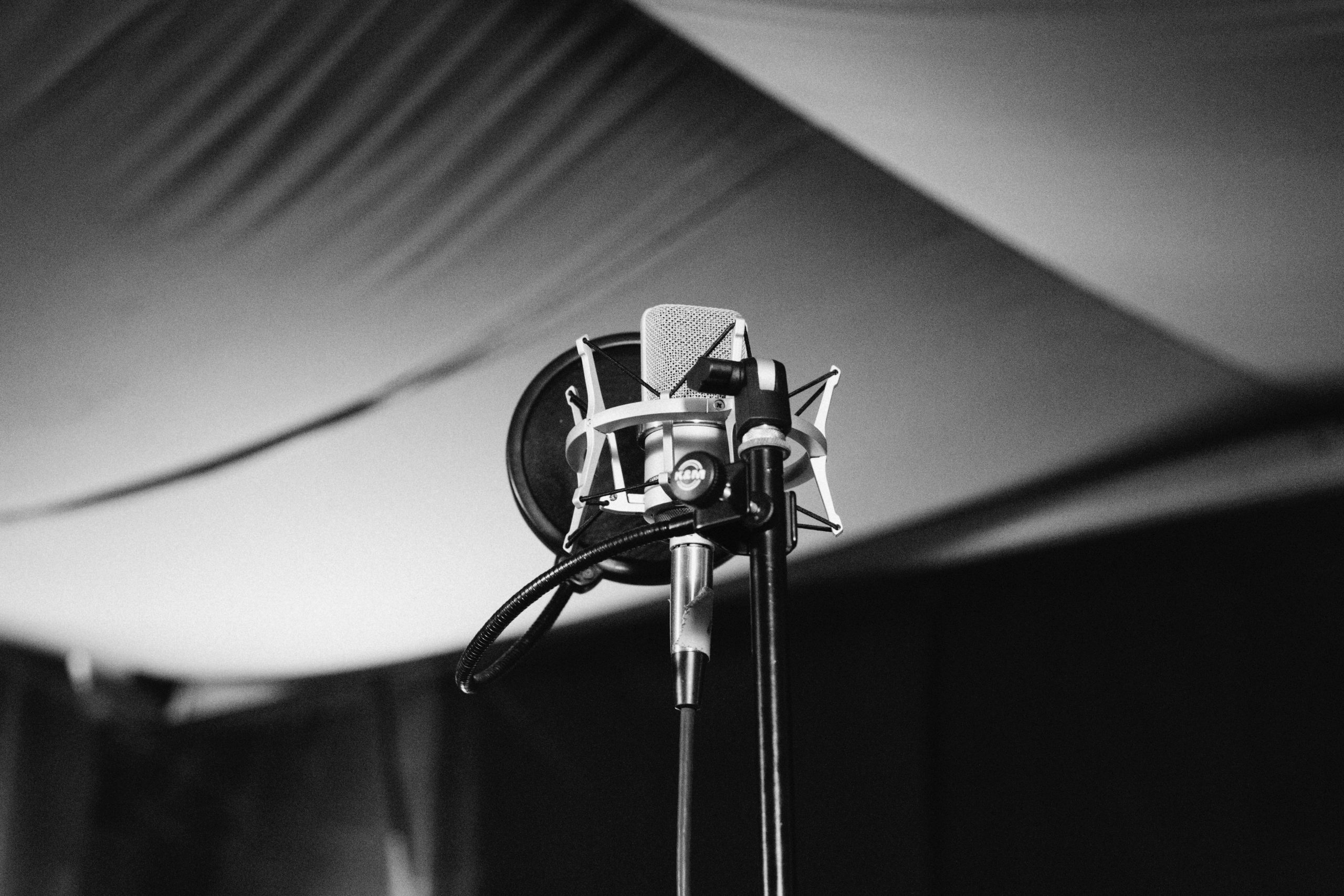 What is the proximity effect?

The proximity effect is the increase in the intensity of low frequencies captured by a microphone as it moves closer to a sound source.

It’s an effect that occurs naturally with many types of microphones—especially those with a directional pickup pattern.

This effect can cause issues with bass frequencies building up, but it can also be a creative tool for shaping the low end of sounds like you record.

Polar patterns describe how sensitive a microphone is in several directions.

They allow engineers to capture exactly what they need from a source—and nothing they don’t.

You might be familiar with polar patterns if you’ve ever used a condenser mic with a variable pattern switch.

In this case, polar patterns are the small circular diagrams on the selector switch.

If you need more knowledge on how they work, head over to our detailed guide on polar patterns.

The pickup pattern of a microphone changes how dramatically the proximity effect boosts the low end.

Tighter patterns like figure eight have the strongest bass boost. Cardioid mics have a medium amount of effect and omnidirectional mics have none.

How to use the proximity effect to shape your sound

You may not realize it. However, many of the basic sounds you associate with recorded music couldn’t happen without the proximity effect.

We’re talking about larger than life vocals or the deep thump of a bass drum.

In both of those cases, the natural proximity effect of cardioid microphones helps enforce the low frequencies.

You can achieve similar results with EQ. However, using the natural effect to get big beefy lows is a great sounding technique that doesn’t require any extra gear.

All you have to do to take advantage of this low-end extension is to place the source nice and close to the mic.

As you close the distance you’ll get a noticeable rise in low-end frequencies starting around 200-300 Hz and continuing down the spectrum.

Hot tip: You can get an even more exaggerated version of this sound effect with a figure-eight mic, or a multipattern mic with a figure 8 setting.

One of the most important reasons why cardioid microphones are so popular for vocals is that their proximity effect boosts the area which contains the fundamental frequency of many notes in a singer’s range.

This is one reason studio vocals sound so huge in a mix when recorded well at a close distance.

Other sources like bass drums or floor toms that need to sound big and thick in the mix can also benefit from the proximity effect.

How to avoid proximity effect

On the other hand, if you want a detailed close-up sound without the bass boost you’ll have to make sure the proximity effect doesn’t get in your way.

This could happen if you’re recording a source that already has enough low end or is in danger of getting boomy.

The best way to do it is to use a microphone polar pattern with a less pronounced proximity effect.

The most obvious choice is an omnidirectional mic. Mics with this polar pattern don’t have any effect at all.

You might think about capturing too much extra sound while using an Omni mic. However, if you’re placing it close to the source anyway, it might not be a serious issue.

Experiment with omnidirectional mics to hear their impact on this effect.

Sometimes during a mix, you wish you could go back in time and change how you recorded a sound in the first place.

If you’ve ever gone overboard with the proximity effect or accidentally made your sound too thin, you know how important it is to get it right at the source.

It’s never truly possible to go back in time. However, there are more options available to today’s producers than ever before.

When it comes to the proximity effect, one worth mentioning is TDR Proximity.

It’s a free plugin that simulates the low-end boost from the effect.

If you’re still not sure what the proximity effect sounds like, or you’d like to hear which sources in your own mixes could benefit from the low-end boost it provides, TDR proximity is an interesting option.

The proximity effect is important to understand for a good mic technique.

Like any quirk of technology, it can be used creatively to enhance a great recording.

If you’ve made it through this article you’ll have a great starting point for working with this effect.