Your music is your passion, and that’s a wonderful thing. But if it’s also your business, then you’re going to have to spend some time outside of the studio promoting it.

Of course, if you can get maximum reach with minimum effort, all the better. Here areour seven top tips for new and upcoming artists that will help make sure that your time spent promoting your music (whether on SoundCloud or elsewhere) is well spent.

If it’s in your budget, $15 a month for SoundCloud’s Pro Unlimited account will give you a few powerful tools to help maximize your promoting efforts in less time, giving you more hours to spend doing what you love: playing music.

Pro Unlimited allows you to see exactly where your fans are, both in the real world, and online. See who’s playing your tracks, and in which countries and cities you’re most popular. Know precisely from which pages, apps, and social networks your tracks are being played. This will help you focus your promoting effort in the areas where it will pay off, and you won’t be wasting your time elsewhere. 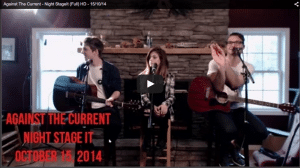 Get on Stageit.com and connect directly with your fans. This platform will allow you to broadcast a live streaming show directly from your laptop to your fans all over the world.

Every Stageit concert is a one time event that is never archived (unless you save and share it), so you’re fans won’t want to miss the chance to watch. Not only watch, but also interact. Fans are encouraged to ask the artist questions, request songs, and even chat with other fans during the show. You can monetize it, too, by setting the ticket price and leaving your virtual “tip jar” open for anybody who is so inspired by your music that they feel the urge to drop some extra cash in your pocket.

Give your fans a chance to keep up with your concert dates, new releases on SoundCloud, and other events by subscribing to your newsletter. Email is the best way to stay directly connected to your fans and there are several good tools that can help you do this such as AWeber, or MailChimp.

To capture their emails in the first place, offer some bonus content in exchange for their email address, such as a live audio recording of one of your most popular songs. Here’s are helpful advice on building your email list. 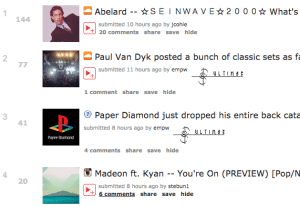 Be active in online communities and forums such as Reddit, Quora or the ones specific to music only such as Harmony Central or MusicDiscussion.

Your goal here would be to offer your opinions and valuable advice for other up and coming artists. Be seen as a solid resource of quality information and people will follow you—and hopefully your music, too.

Everybody knows that YouTube is the most popular site for music videos on the web. If you don’t have the budget for a high-quality music video, be creative (you’re a musician, after all) and make a video of yourself backstage before a show. You can even just use your smart phone or digital camera.

Other types of videos could be studio sessions, a trip to the music store to try out a new guitar, or a casual chat with other musicians. Fans love this type of “behind the scenes” look at the life of their favorite musicians. 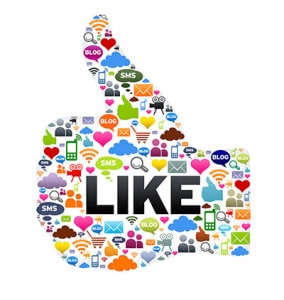 Yes, you’re going to have to spend some time on social media to directly promote your music, as well as just connecting with fans, other musicians, and anybody in the music industry. It’s called “social” media for a reason, so join in the conversations to get your name around.

Twitter is particularly well suited for this, as it is a very “chatty” medium, and just as importantly, it provides a way to seamlessly embed your SoundCloud music tracks into your tweets. Once people start sharing these, the potential to go viral is as near as your next tweet.

This is a good idea for two reasons. First, because doing all the promoting on Social Media by yourself is a time sucking task. Yes, you need to spend some time with your accounts personally, but if you can “outsource” the majority of it, you’ll have more time to spend on more artistic pursuits.

The second reason that hiring a social media company is a good idea is because the good ones will already have relationships with influencers in the music industry. All you need is a few well-timed mentions by someone with tens of thousands of targeted followers to boost your audience awareness to the next level. This is a very cost-effective way to get lots of listeners fast. Some examples are Build My Plays and Compass to see what level would be right for you.

Yes, we know, you’d probably rather not bother with all of this. You’d prefer to just lock yourself in a recording studio with other musicians, right? OK, but what good is recording music if nobody outside of the studio hears it? Anyway, like it or not, it is a business. The sooner you start treating it like one, the more successful you’ll be.

2 replies on “Seven Ways to Promote Your SoundCloud Music”

Try Today
Summer Sale is finally here! Click here to get our coupon
(up to 25% OFF)